News / A selection of our favourite Munich monuments
SHARE:
BACK

A selection of our favourite Munich monuments

A list of Munich monuments and landmarks for expats

Munich is full of buildings old and not so old that tell the story of the city. We've selected a few of our favorite Munich monuments. The list is growing and growing as we discover more beautiful buildings in this great Bavarian capital.
Have we missed your favorite Munich Monument? Let us know we love to hear from you!

Elegant and confident, the Bavaria statue overlooks the Theresienwiese!

Behind the stunning standing woman in cast Bronze, that you meet every year at the Oktoberfest, there is such a rich history.

Proudly standing nearly 60 feet tall, it is a female personification of the Bavarian homeland, and by extension its strength and glory. Holding a wreath and with a lion at her side, she was erected in 1850. It was commissioned by Ludwig I of Bavaria, with the specific design being chosen by competition. It is the first colossal statue since Classical Antiquity to consist entirely of cast bronze. It was and is up to the present day considered a technological masterpiece. Because of its size it had to be produced in several parts;  Behind her stands the Rhumeshalle hall of fame containing the busts of famous Bavarians, also erected in 1850. An internal circular staircase inside Bavaria leads up to a platform in the head, where four openings in the helmet provide a view of the Theresienwiese and downtown Munich.

The U4 and U5 stop at Theresienwiese, but be prepared for a walk to the statue.

It was founded in 1852 by King Maximilian II of Bavaria. Its purpose was to enable gifted Bavarian students (all men at the time) to study at a university in Munich without financial concerns. Since Duke Albrecht of Bavaria established the Wittelsbach Jubilee Foundation in 1980, female students have also been accepted.
The seat of the Foundation is the impressive building at the end of the Maximilianstraße. Its Neo-Renaissance architecture and art testify today to the educational ideals of the time when it was founded. 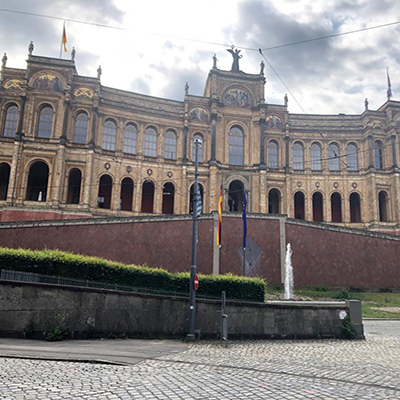 It is a short semi-circular plaza located in front of the main building of the Ludwig Maximilian University of Munich, located on the Ludwigstraße in Munich, Germany. The plaza is named in memory of Sophie Scholl and her brother, Hans Scholl, students at Ludwig Maximilian University of Munich during World War II who were among the founding members of the White Rose resistance movement. They were the Geschwister Scholl (Scholl Siblings). 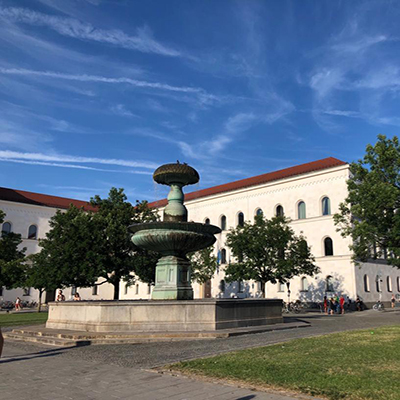 Munich's huge brick Frauenkirche - the Cathedral Church of Our Lady.

It was completed in 1488, a late Gothic church that owes its impact to its great size. Massive twin 100-meter-tall towers, with their characteristic Renaissance domes, tower over a high building 109 meters long by 40 meters wide. The twin towers of Frauenkirche are a good landmark for orientation, visible from all over the city. You can climb to the top for views across the city to the Bavarian Alps. 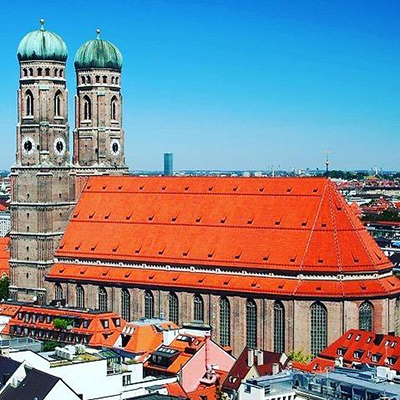 In 1789, on Great Elector Karl Theodor's initiative, the creation of the English Garden began with his plan to convert a former hunting area located at the Isar into a recreational nature. In 1790 the Chinese Tower (Chinesischer Turm) was built. The Chinese Tower is a pagoda-style, all-wooden tower with five stories. The 25-meter tall tower has a diameter of 19 meters at ground level and six meters at its top level. The Chinesischer Turm beer garden is the second-largest beer garden in Munich. 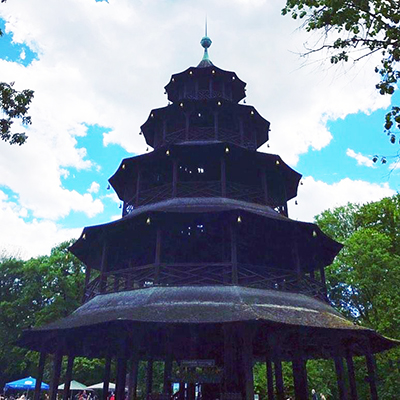 It is a beautiful historical building right beside the Residenz Munich palace lawns. Used as a state government office. Looks great from the outside and has a wonderful lawn with amphitheatrical steps. Perfect place for a nice walk. 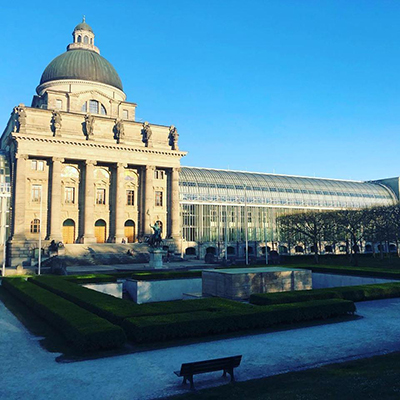 Hofbräuhas Munich was originally built in 1589 by Bavarian Duke Maximilian I as an extension of the Munich Royal brewery. In 1828 the building was opened to the public. It was completely remodeled in 1897 by Max Littmann when the brewery moved to the suburbs. All of the rooms except the historic beer hall were destroyed in World War II. It is now one of Munich's best attractions and has one of the largest tents @oktoberfest.

This public bath house in Munich was once known as the grandest in Germany. It is best known for its magnificent Art. This amazing building is really a mix of a number of different styles.

Müllersches Volksbad is open seven days a week and a swim can be enjoyed for a minimal fee. 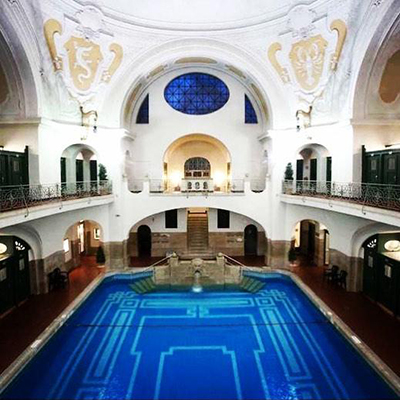 It served as the seat of government and residence of the Bavarian dukes, electors and kings from 1508 to 1918 and was transformed by the rulers over the centuries into a magnificent palace, its buildings and gardens extending further and further into the town. Today, it is one of the largest and most beautiful museum complexes in Bavaria. 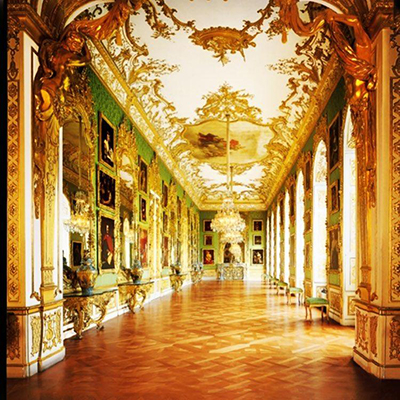 The Victory Gate in Munich is a three-arched triumphal arch crowned with a statue of Bavaria with a lion. It is located between the Ludwig Maximilian University and the Ohmstraße, where the Ludwigstraße (south) ends and the Leopoldstraße (north) begins. It thus sits at the boundary between the two Munich districts of Maxvorstadt and Schwabing. 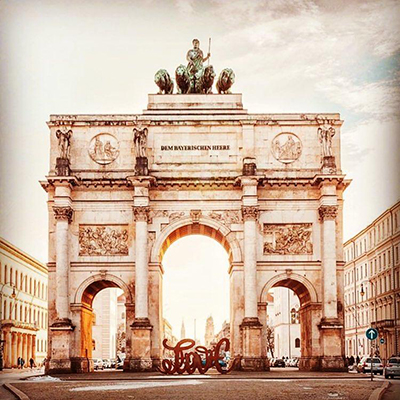 Back to Expat Info overview for more articles about expat life in Munich and Germany.

Get updated on our Network highlights, events...